It was a long journey for the Philadelphia-area star, but Isheem Young is finally a Nittany Lion. Though he looked like a relative lock for Florida State very early on, the defensive back dynamo is now set to bring his explosive talents to Happy Valley.

Young joins Texas-native Isaiah Humphries as the second safety in the class, though he plays a much different style than the legacy commit. In Young, the Penn State defense may have its first, true center fielder in some time. Let's take a look.

Isheem Young is only going into his senior year of high school. That makes what I'm about to say unbelievably unfair. Young kiiiiiind of reminds me of Earl Thomas.

That's not to say that they're on the same level, as Thomas is arguably the best safety in the NFL. But if you're looking for someone that Young may model his game after, look no further than the Seattle safety.

The Nittany Lions have found great success at the safety position recently, despite having a constant turnover year in and year out. From Nick Sukay to Ryan Keiser, to Marcus Allen, the position has been a revolving door, but one that has managed to remain productive. One thing they haven't found during that stretch, though, is a true center field type who strikes fear into opposing quarterbacks every time they decide to chuck one deep. 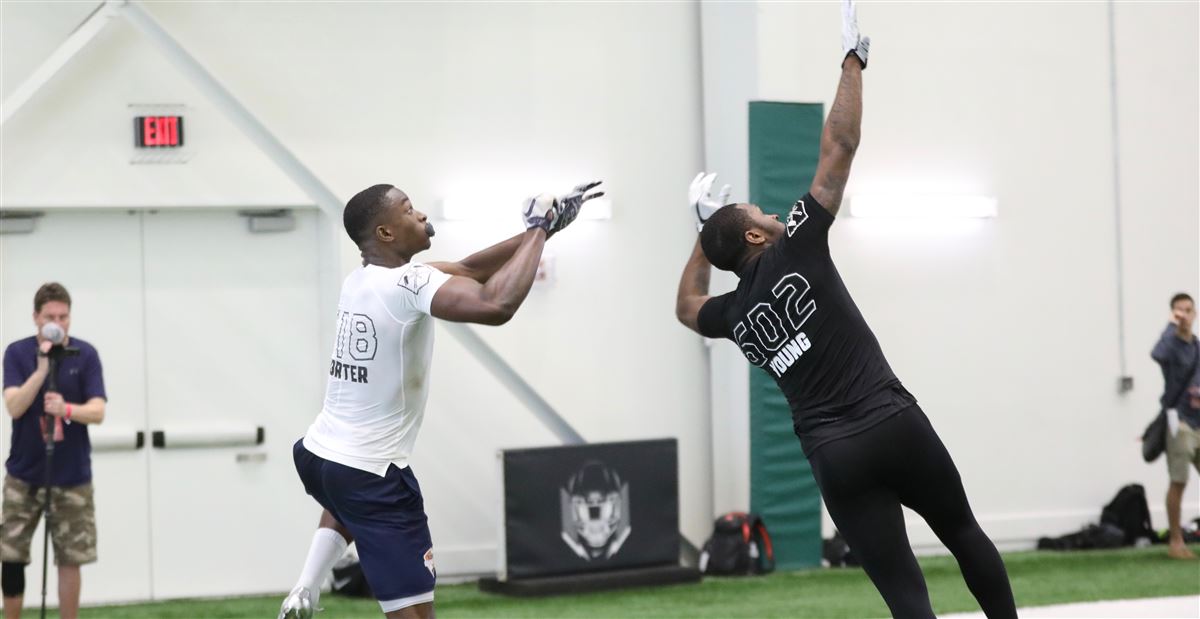 That's where Young comes in. It's easy enough to see how he dominates the deepest level of the defense with bone-crushing hits and soft hands, but it was even more apparent in person at The Opening New Jersey regional. Young didn't earn an invitation to The Opening finals that day, but he did make it to the final round of reps for his ball hawking skills. Despite his size, he was a thorn in the offense's side all day long.

In fact, were Young an inch or two taller, I firmly believe that he would be a top-100, maybe even top-50 player in the 247Sports Composite rankings. His ability to read quarterbacks, his ability to diagnose what's in front of him, and his ferocity in laying the lumber on the ball carrier all point to a potential superstar in the making.

With Marcus Allen set to graduate after the 2016 season along with the uncertainty surrounding the starting spot next to him, there will be a very real opportunity for Young to step in and grab at least a part-time role as early as 2018. And Penn State fans should be very excited to see him do so.

John and Seth on Returning